Professor of Medicine, Division of Infectious Diseases and International Medicine 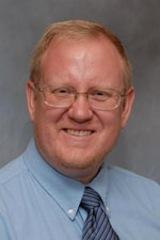 Professor of Medicine, Division of Infectious Diseases and International Medicine

Paul R. Bohjanen, MD, PhD, Division Director of Infectious Diseases & International Medicine and has been a faculty member in the Division of Infectious Diseases and International Medicine since 2000. He graduated from the University of Michigan with an MD, PhD degree in 1993. He then completed an internal medicine residency in 1997 and an infectious diseases fellowship in 2000, both at Duke University. Dr. Bohjanen has a clinical interest in HIV infection and the global AIDS epidemic. His laboratory research is directed at understanding the regulation of gene expression in T cells in normal and HIV-infected humans.

Research in my laboratory focuses on the role of mRNA decay in regulating T lymphocyte activation and function. Many genes that are important for cell growth and immune function are turned on at precise times and turned off at precise times. Dysregulated expression of many of these genes, including proto-oncogenes and cytokine genes, occurs in disease states such as cancer, autoimmunity, or immunodeficiency. One mechanism that cells use to turn off gene expression is specific degradation of mRNA within the cytoplasm. We have recently shown that the rate of decay of many transcripts encoding important regulatory proteins changes upon cellular activation, and these changes in mRNA decay can have dramatic effects on overall gene expression. Our goal is to understand the biochemical mechanisms that regulate mRNA decay and to understand the role of mRNA decay in regulating gene expression in disease states such as malignancy or virus infection.

We are applying our expertise in immune cell gene expression and microarray technology to HIV immune reconstitution inflammatory syndrome (IRIS), an important complication of antiretroviral therapy (ART) that has recently emerged in Africa. (IRIS) is a paradoxical inflammatory response that occurs after initiating HIV antiretroviral therapy (ART). Common IRIS scenarios include the “unmasking” of an occult opportunistic infection or the “paradoxical” symptomatic worsening of a prior infection despite microbiologic treatment success. We have developed a collaborative project with the Infectious Diseases Institute at Makerere University in Kampala, Uganda to prospectively follow HIV-infected patients in Uganda after they initiate antiretroviral therapy and to compare immune activation using microarrays, cytokine profiling, and flow cytometry in patients that do or do not develop IRIS. These studies will identify biomarkers that can be used to diagnose, predict, or monitor IRIS and will provide insight into the pathophysiology of IRIS that will allow the development of better treatments.