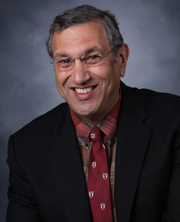 Assael is a graduate of Columbia University and earned his Doctor of Dental Medicine from Harvard University, School of Dental Medicine, as well as a Certificate in Medical Management from the University of Kentucky, Gatton School of Business. He completed his residency in oral and maxillofacial surgery at Vanderbilt University. Assael served as dean to the College of Dentistry, University of Kentucky until 2003, when he was appointed professor and chairman of Oral and Maxillofacial Surgery at the School of Dentistry at Oregon Health & Science University.

Dipomate, American Board of Oral and Maxillofacial Surgery, 1980